Our baby sisters to our north have a lot of drama going on.  Their country is on fire, but a few pictures of Trudeau with some paint on his face and the pretend outrage went nuclear.

Their Prime Minister was found to have obstructed justice by their Ethics Commissioner by trying to influence their attorney general to not prosecute SNC-Lavlin.

The Canadian people are fine with it.  Imagine here in the United States if a company close with Trump committed crimes and Bill Barr was going to prosecute, but President Trump told him to stand down and sent Kushner and Lewandowski to intimidate him.  Then, Barr tells him to stop trying to intervene, but out of nowhere Trump fires him.  Then Barr does a public press conference and spills the beans.

Can you imagine?  This is the exact parallel of what happened in Canada.

That’s bad, but an even bigger story popped up this week.  Cameron Ortis, Director of the Royal Canadian Mounted Police, was arrested for selling secrets of not only Canada, but from the Five Eyes allies.  I think this story will be one of the biggest shoes to ever drop.

Imagine if in the United States we had, say, a Secretary Of State selling national secu… wait, bad example, but you get the idea.  When secrets get out, Americans protecting our national security are compromised and killed.

Back to pretending to be outraged over stuff that matters, like blackface.  Even serious Canadians I follow, like Ezra Levant, are clutching their pearls.  Levant is solid, but I scrolled and scrolled down his Twitter feed but never hit the Ortis story – just blackface feaux outrage.

For the record, nobody really cares about blackface.  It’s funny, and anyone who pretends to care about it is full of crap.  Outrage about selling national security and obstruction of justice is relegated to pubs and homes, but get caught with a little paint on your face and it’s time to hit the streets with torches and pitchforks.

Canada, you have major problems already, like your dying economy and your third-world wait times in your medical systems.  Reassess your priorities. 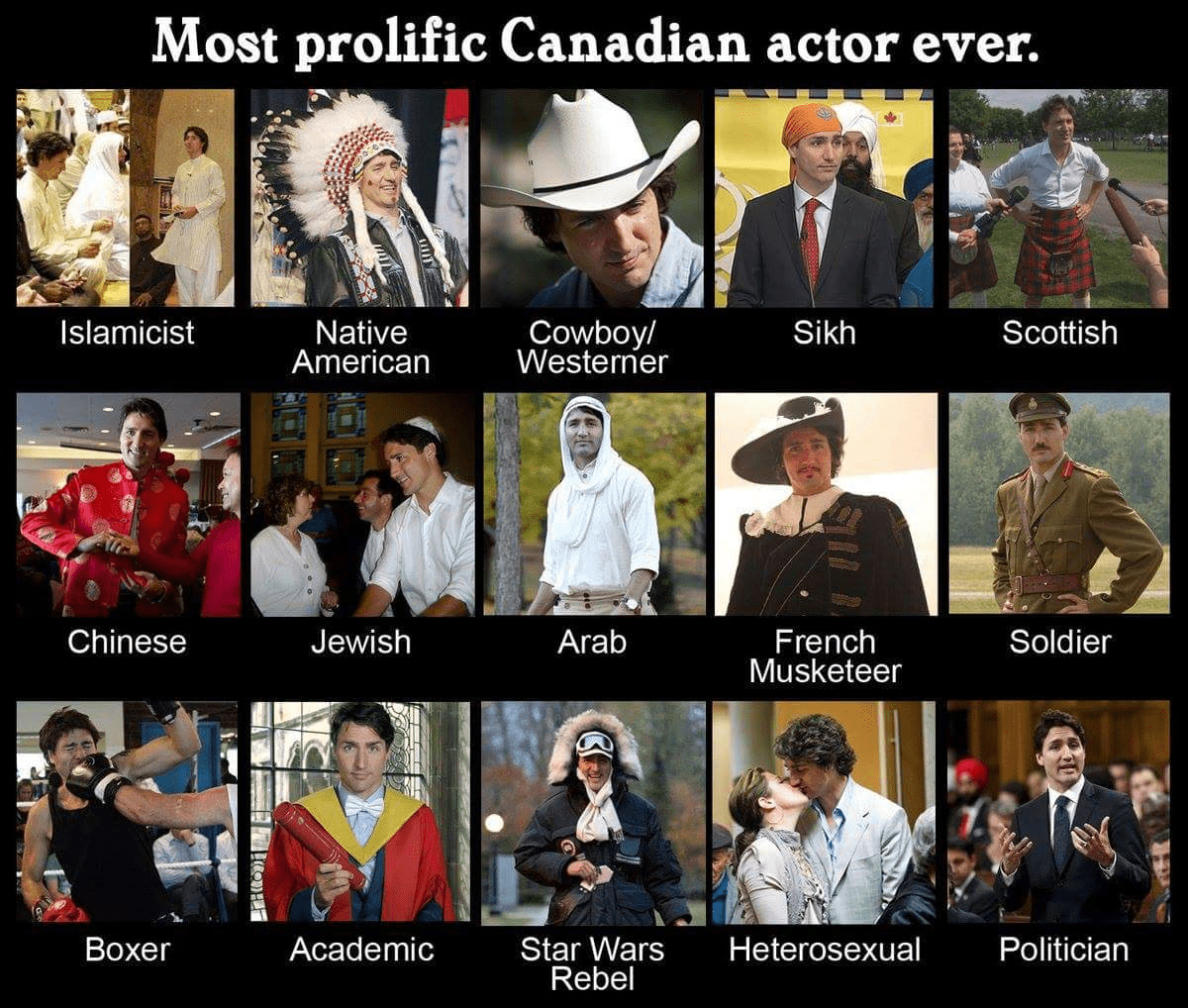