Every time I see John Matze on TV, it's like tears are about to stream down his face.  He's always blaming someone else for the Parler fiasco, and he's done nothing but showcase incompetence.  He was on TV yesterday crying about being fired.  I would have fired him long ago, and the fact it took this long reveals an even deeper level of incompetence within the Parler organization.

I have a chip on my shoulder in general with spoiled and pampered business people because I rubbed two sticks together and grew my businesses.  I didn't have Rebekah Mercer behind me, or an equivalent to Bongino for marketing.

Think about that.  He had a billionaire backer, so cash was no issue.  When I started my first company, I left a six-figure job while I was in my twenties and emptied out my savings.  Matze just had to pull out his phone, and with his thumb send a text to Mercer that said "need money lol", and Mercer's assistant's assistant would call the accountant to transfer funds.

Matze also had one of the most famous faces in conservative media, with the largest conservative podcast and a massive following.  How you can't get a social media platform off the ground with these advantages is beyond me.  That level of incompetence is beyond comprehension.

This brings me to Bongino.  How in the hell could he have partnered with these clowns?  His credibility really took a hit over this entire Parler fiasco, and after watching his video clip from last night speaking about Matze's termination, it's clear he's lying or just doesn't get it. 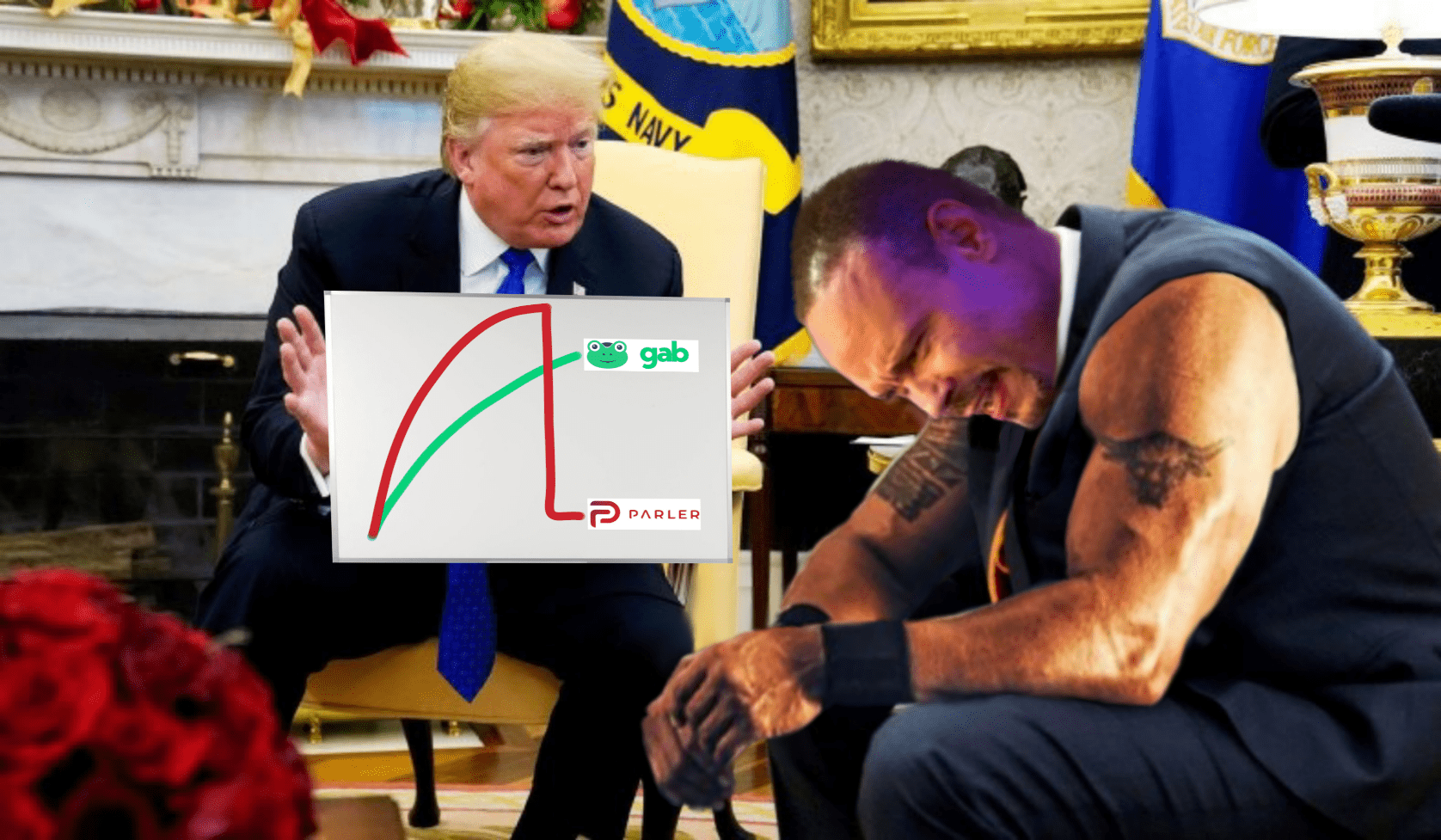 The worst part about Bongino is he clearly has no idea what's happening, which is sad.  He's trying to "right the story", and "wait until the emails come out", and go that "it was the other guy" route.  That's what a Secret Service agent does who was incorrectly blamed for a missed communication, or blamed for some tactical faux pas; not a business person trying to salvage the remains of a dead platform.

"But DC, Bongino needs to make sure the users know what happened so they trust him".  Bongino proved beyond any reasonable doubt that he was not a "voice for a stable platform", as he says he was.  We saw first-hand that's not true when he insulted his users telling them about security issues and insulting Ron Watkins, so why is he lying?  If you lie about this, then what other lies would you tell?

I do like Bongino, and he's not the enemy, and while I can understand someone spinning out of an embarrassing situation, I can't ignore blatant lies, especially when it comes to security of fellow MAGA people.

Bongino was told by countless people that his platform was insecure, and frankly, due to lack of care and sloppiness.  He didn't care and insulted those people.

“There has not been any proof that Parler itself was “hacked,” but rather, the platform was inherently insecure and was leveraged in a group effort before being taken down,” he explained.

His team estimates that at least 15 offensive parties took part in the data scrape, and hackers collected at least 60 terabytes of data. The breach itself can be attributed to poor engineering and lack of testing on the Parler’s side that allowed a mass collection of archived data.

“This was due to an unprotected API call that was sequentially numbered, therefore allowing any attacker to iterate continuously over the endpoint and take all information available,” Mr. Warner explained.

This is unforgivable, and shame on Bongino for not addressing this (that I've seen), or even apologizing for it.  That's weakness, plain and simple.  If he had half a brain, he's put a kill shot in the Parler brand (it's a gay name anyway).  It's dead, and there's no bringing it back.

If Bongino wants to stay in the social media game, he needs to launch a better product under a new brand.  Even if he did that, I still wouldn't trust him because of his handling of security issues.

Protecting users' data is very important, especially with AntiFa-BLM domestic terrorists roaming around to cause problems.  Don't call the guy an idiot who brings it to your attention, and then when something happens that the guy told you would happen, you avoid and and don't address it.

Gab is king of commie-free social media.  It's telling that Bongino nor Matze will even acknowledge Gab, or how Torba has overcome the challenges that wrecked Parler's platform.  The path to success is easier for Bongino because Andrew Torba has already paved the way, and he doesn't need to blaze a new path.  The fact he doesn't do this compounds the point of incompetence.

You either build out your own infrastructure, or you won't have a "free speech" platform.  Sadly, from what I've seen of Bongino, he will try to resurrect the insecure Parler platform, on a service provider run by Silicon Valley communists, while continuing to be partnered with Mercer.

Because of that, Gab will remain king, with no competition.  Listen to Bongino and Matze.  Then listen to how Torba handles these deplatforming issues:

Over the course of the past week Gab has been deplatformed by one of our banks, a business we were working with to source new server hardware, third-party infrastructure analysis software, and even our accountant.

This isn’t anything new for us. We’ve been deplatformed by 25+ service providers including both app stores, PayPal, dozens of payment processors, hosting providers, email services, and more.

When this happens I rejoice and praise God because I know that He is working to separate the wheat from the chaff. This deplatforming inevitably reforms Gab into an even more resilient community, business, and platform. We don’t just sit around and whine when these things happen, we immediately get to work.

We aren’t victims, we are builders.