Spoiler alert: that’s not the first woman Biden got handsy with.  We’ve all seen how he is in public, imagine what he’s like with a woman alone, in a powerful office, protected by the Secret Service.

Spending any time tweeting about Tara Reade, or highlighting the obvious hypocrisy between the Democrats’ media attacks against Brett Kavanaugh for the purpose of inflicting political damage is a complete waste of time.  Why does social media allow such posts and tweets to get through?  Candace Owens got suspended for challenging Governor “half” Whitmer by telling people to get back to work. The Biden rape story, on the other hand, you can tweet all day long.

Posting about a rape involving Joe Biden is like posting about a fallen tree involving a beaver; it’s what he does by nature.  It’s so bad that his Secret Service detail had to protect women from Joe!

The catnip for us conservatives is the inherent hypocrisy that we can highlight, but the reality is that leftists don’t care.  They're leftists because they have mental problems, and have absolved themselves from all things rational, hence why this entire thing is a distraction.

No political punches are landing.  It’s like one of the characters in “The Walking Dead” punching a zombie.  There's literally no juice for the exhaustive squeezing. These are people who re-elected Ted Kennedy for decades after he killed a girl.  The people who support the murder of babies by the millions don’t care about a little non-consensual sex here and there.

To put a bow on that point, what is the leftists' biggest retort on Biden?  Yes, Brett Kavanaugh.  There is not even remotely a smidgen of evidence of any wrongdoing that has ever involved Kavanaugh.  When he was a baby, he said "thank you" when his mother handed him a bottle.  Kavanaugh had a line of women down the street coming to his defense; Joe has locked files at the University of Delaware and access to a tax-payer funded congressional sexual harassment fund with decades of groping women and children in public.

There’s an incredible amount of dirt involving Biden that's also intertwined with Hussein Obama and Hillary.  Rudy Giuliani has an excellent podcast and essentially prosecutes the Bidens on his podcasts.  Here's his latest with John Solomon that I highly encourage you to watch:

Are you curious if he had any involvement with the poisoning that Ukrainian prosecutor?  Did he fly with Hunter to China on Air Force 2?  What is the extent of his corruption with the Ukraine and China?  How did all that money get to-and-fro?

Regarding Trump campaign season ads, I didn’t say we couldn’t laugh at Joe.  Leftists exist for our amusement, so we should have some fun.  Another benefit of President Trump is we’re going to have entertaining ads.  Typically during election seasons, the ads are non-stop, and everyone gets tired of them.  How many of you like watching commercials?  Now, how many of you like watching Super Bowl commercials?

Joe Biden and his supporters believe he should be held to a different standard than the one they set for others.

Scandals and missteps by Biden, or whatever loser they swap out with his corpse, will get destroyed daily.  Trump will turn it into entertainment and use their insanity as material for our benefit.  This will be the first election where I’m waiting for the political ads.

How easy will it be for the Trump team?  Just slap a Trump campaign logo over their own clips:

Don’t use the Biden rape story as a way to hit Democrats because it’s not effective. Instead, use it for entertainment while getting up to speed on Creepy’s corruption that drags Obama’s and the Clintons’ corruption into the killbox.  That's what hurts the leftists, as we gradually bring to them the realization that they've been supporting sick criminals their entire voting life. 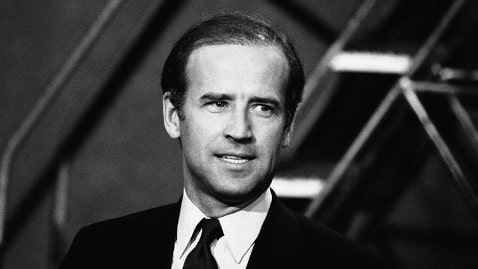 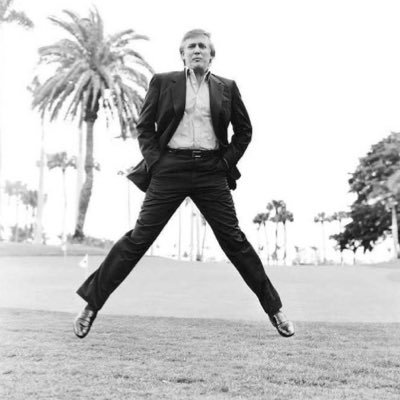