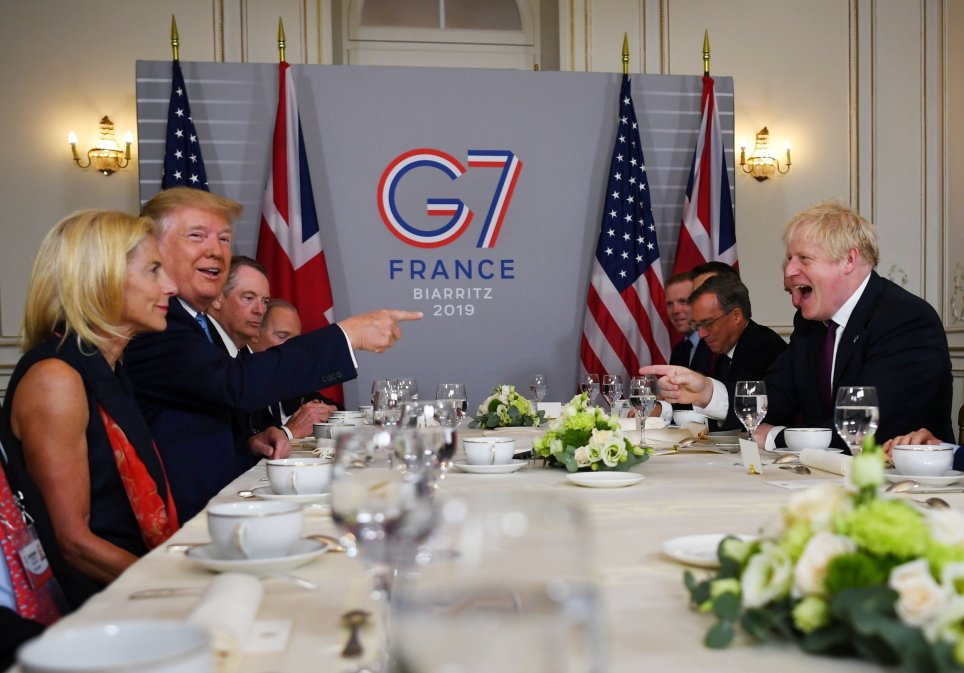 Experts think #Trump can't order companies out of #China under 1977 emergency law: https://t.co/zpcy2yh6C2. So Beijing declaring a "people's war" on the US after injuring our diplomats and pilots and stealing hundreds of billions of dollars of IP each year is not an "emergency"?

Pollster: ‘I Did Not Meet One Biden Voter Who Was In Any Way, Shape Or Form Excited About Voting For Biden’

JUST IN: Romney Joins Alliance of Top Dems Against Trump

US and Japan Agree to Tentative Trade Deal

Get Greenland Before China Does

Former U.S. Attorney Dan Webb given far-reaching mandate to investigate Jussie Smollett case: ‘The facts will take me where they take me’

'I AM NOT SUICIDAL,' Says Man Who Exposed Hillary's Ties to Google

The great failure of the climate models

To everyone concerned about the future of the Amazon: sensationalizing the current fire season in the Amazon will not help keep it from burning.
Monthly Amazon fire count data from NASA in recent years: thick red line is 2019 thru present. https://t.co/86C0ZnhbGg pic.twitter.com/LFafdEJTiB

A MOST-WANTED AMERICAN JIHADIST IS CAUGHT IN MEXICO

CA “Sit and Lie” Law Could Get More Complicated; Advocates Say “Inhumane” For Homeless to “Walk 500 Feet to Pee”

AT&T workers strike in Southeast: More than 20,000 walk out