We've come a long way from the days when Robert Mueller was "beyond reproach", and the walls were closing in on Donald Trump.  That's when Donald Trump Jr was a sure thing for indictment and Paul Manafort flipped to give up all the goods between Trump and Putin's secret dealings.

Mueller confirmed what the FBI knew internally immediately after the start of the investigation in May of 2017, and after a few years of looking for Russians, shady dealings closed with Vodka shots and prostitutes, and covert communications between Trump Tower and the Kremlin, here's the scorecard:

FINAL LIST OF THOSE *NOT* INDICTED FOR COLLUSION OR CONSPIRACY WITH RUSSIA:

The steady drip of the Trump-Russia collusion narrative marinated the brains of leftists and never-trumpers to where legal jeopardy of the President was a foregone conclusion.  With all this smoke there absolutely had to be a fire.  Without the election of President Trump, how could Putin execute his plan to take down the United States? 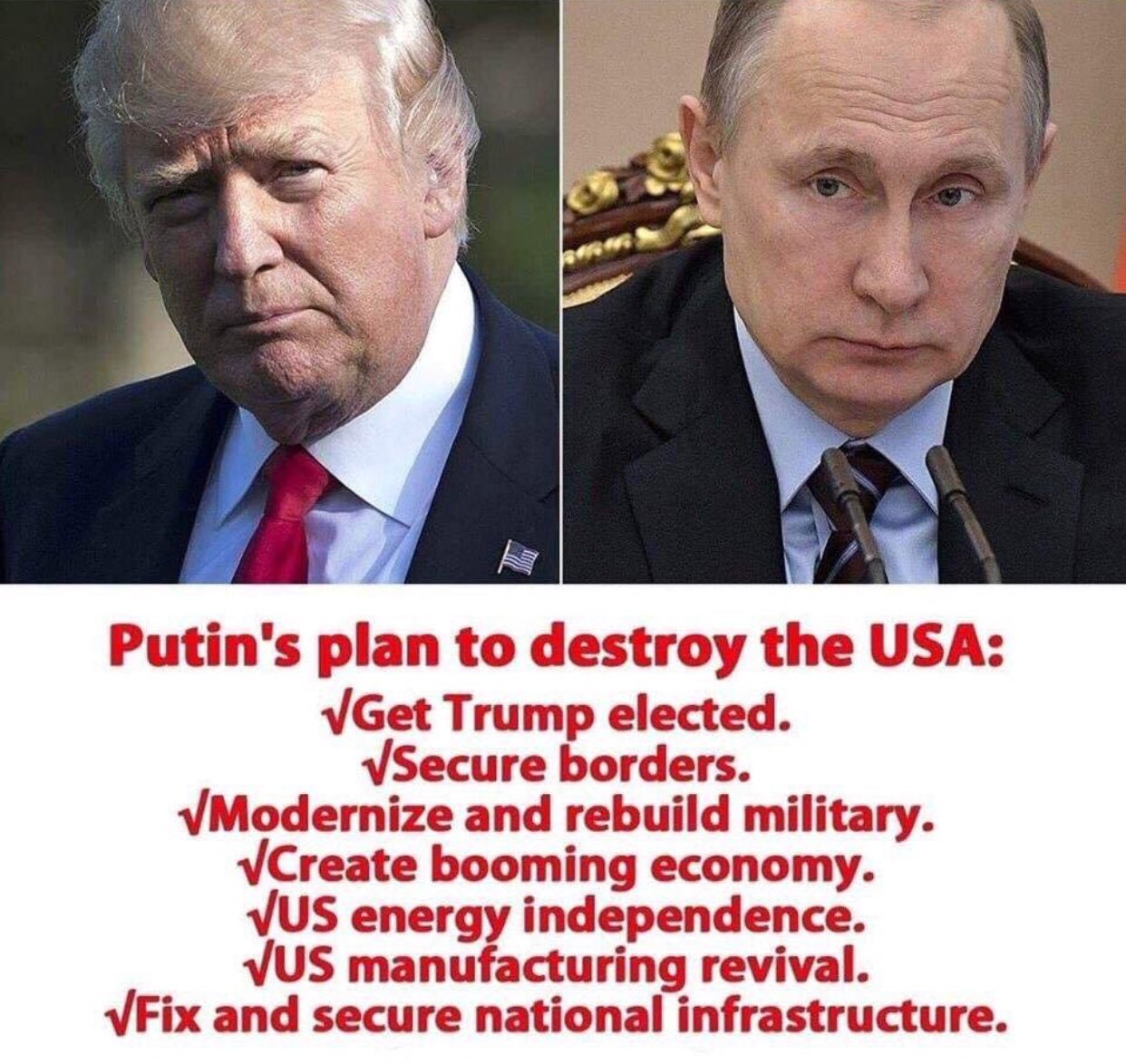 Robert Mueller delivered his report to the Attorney General, who turned around and sent a letter to Congress informing them of the conclusion of the investigation into Russian interference in the 2016 election.  It's over, and now the fun begins.  Declassification of the FISA documents?  Indictments?  Even better: leftist meltdowns and backtracking.

MSNBC and CNN can expect a ratings bump as we tune in for the meltdowns.  Here's Chris Matthews spraying spittle across the MSNBC studio:

You doing this before or after you delete your account for the Don Jr. fuck up? https://t.co/xGbcxLBQa1

There's a tidal wave of such tweets as Twitter is an ocean of leftist fails, and it's just going to continue.  This investigation gave the leftists something tangible to hold onto and now it's gone, along with their impeachment hopes and dreams.  I have no doubt they will continue to reverse engineer some crime leading back to non-existent evidence, continue to lie, and fail miserably.

I'm going to miss the Mueller clown show but thankfully there's more Obama and Clinton crimes than we know what to do with.  This new investigation with Hillary colluding with Ukraine looks promising.  It's Ukraine investigation but I'm sure we'll get some tasty evidence to chew on.  The Clintons never disappoint.

As for Mueller, we'll likely get to see him testify, which is nothing short of ironic.