Executive Order 13848 is real (I've heard idiots say it's "conspiracy theory"), but I'm not certain it's due on December 18th, which is 45 days after the election.  If it's not released, I feel like people are going to be upset for no reason.

Section 1. (a) Not later than 45 days after the conclusion of a United States election, the Director of National Intelligence, in consultation with the heads of any other appropriate executive departments and agencies (agencies), shall conduct an assessment of any information indicating that a foreign government, or any person acting as an agent of or on behalf of a foreign government, has acted with the intent or purpose of interfering in that election.

The language says "shall conduct", which to my interpretation at the least means it would begin, but doesn't say anything about a deadline.  If we get into the precise definition of "conduct", Merriam Webster says:

It seems the XO says the DNI (Ratcliffe) will direct, lead, command, or at least start this assessment, but not completion.  Otherwise, I think the language would have said "shall conduct and complete", or something similar.

There is a deadline set, but it's 45 days after the completion of the assessment (whenever that may be):

This seems to say the report will be delivered to the President within 45 days of the Attorney General and DHS receiving the results.  Interestingly, however, is section 1 (d):

(d) Nothing in this order shall prevent the head of any agency or any other appropriate official from tendering to the President, at any time through an appropriate channel, any analysis, information, assessment, or evaluation of foreign interference in a United States election.

To my interpretation, that means any time.  That could have been on November 4th for all we know.

If a formal report is not released on December 18th, as sure as I'm writing this the black-pilled Fox News watching "but nothing's happening" crowd will scream that DNI Ratcliffe is deep-state and covering up election crimes.  Don't buy it. 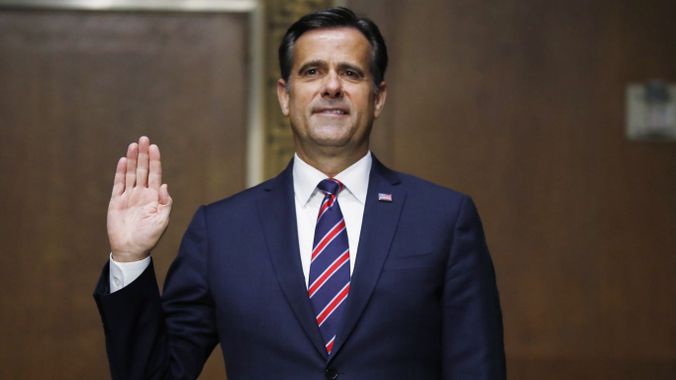 UPDATE: Of course, right after I hit "publish" on this, I see this come across the wire.