I know normal Americans are pissed, and the crap show Saturday night in Tulsa when domestic terrorists crashed the party and blocked thousands from getting into the venue (security dictates everyone is inside by a certain time) was a breaking point for many, but keep a cool head.  Why?  Because we’re winning.

“Winning?  How is this winning?  They run around like lunatics, shooting and burning, and they disrupt a Trump rally and nothing’s happening?”

We’re winning because arrests have been happening with AntiFa, and they’re not happy about it.  Here’s a sample of their real frustration: 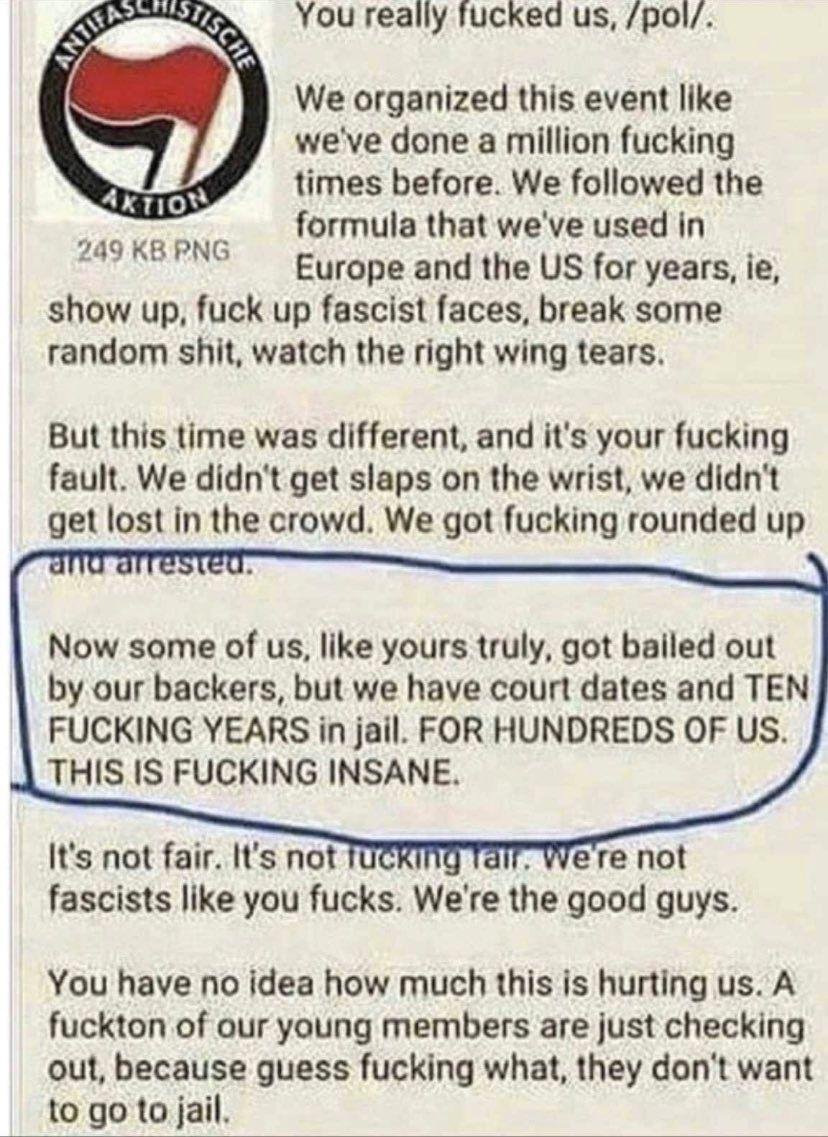 They are getting arrested.  The Attorney General said so in his interview with Brett Baier.

Attorney General William Barr said during a Fox News interview that aired on Monday evening that the reason that people have not seen members of Antifa charged yet as it pertains to the recent spate of violent riots across the country is because the investigations into Antifa are much more in-depth than a lot of the cases that have already been brought against other people who have been arrested.

“We have some investigations underway and very focused investigations on certain individuals that relate to ANTIFA,” Barr told Fox News anchor Bret Baier. “But in the in the initial phase of identifying people and arresting them, they were arrested for crimes that don’t require us to identify a particular group or don’t necessitate that.”

But what about Soros and others who are funding them?

“Are there people funding this effort, an organized effort that goes beyond state specific funding, the effort broadly?” Baier asked. “And are you going off after those people?”

“There appear to be sources of funding and we are looking into the sources of funding,” Barr responded. “And, you know, there is clearly some high degree of organization involved at some of these events and coordinated tactics that we’re seeing. And we’re looking into that as well. And some of it relates to an Antifa. Some of it relates to groups that act very much like an Antifa.

We also have plenty of mug shots to prove it.  They’re used to the days of Hussein, when they had domestic terrorists occupying the Attorney General’s office and the Oval Office, but those days are long gone.

So remember, just because many are getting bailed out doesn’t mean they’re not going to prison.  Meanwhile, the world is watching CHAZ and laughing as they beg for police and medical responders as people are raped and killed in their utopia.  They're getting arrested for serious crimes, while making a fool of themselves on a global stage.

Many want President Trump to roll in the military.  I don't.  The cabal wants Trump to get stuck with a Kent State or Waco event.  The President is much smarter than that, and all action is happening covertly.  Let the communists waddle around in the horrors of their own utopia.  It doesn't affect us, beyond giving us an endless stream of comedy.